The girls are back. Girls Trip co-screenwriter Tracy Oliver has shared some insight on a forthcoming sequel, which will possibly take place in West Africa, Ghana.

She continued, “No one else knows this and [producer] Will Packer might kill me, but we’re looking to set it in Ghana.” Harlem star Shoniqua Shandai then chimed in, yelling, “Afrochella!” in reference to Ghana’s annual Afrochella music festival. According to Variety, Oliver said the “Girls Trip ladies will look to attend the festival.”

When asked whether or not the script to Girls Trip 2 is complete, Oliver said, “It’s definitely due.” 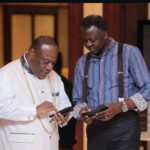 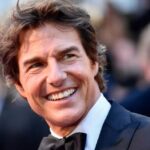