Tobacco use imposes a significant health and economic burden on countries. Research estimates that the cost of smoking in South Africa amounted to 0.97% of the country’s GDP in 2016. These costs are likely to have increased as a result of the observed rise in smoking prevalence over the past five years.

In 2021, South Africa conducted its first Global Adult Tobacco Survey. This is a nationally representative household survey that monitors tobacco use among adults aged 15 years and older. According to the results, 25.8% of the South African population (11.1 million adults) currently smoke tobacco. This is significantly higher than the 19.9% estimated in the most recent wave of the National Income Dynamics Study that was conducted in 2017. Tobacco use is associated with a myriad of illnesses including cancers.

Research has shown that one way to reduce tobacco use is consistent, year-on-year increases in tobacco excise taxes. The excise tax increases have to be sustained over time and adjusted annually, at the very least. These tax increases should be well above the inflation rate to have a meaningful impact on the affordability of tobacco products. Reductions in the affordability of tobacco products will ensure significant reductions in tobacco use.

A major challenge to this strategy is the proliferation of the illicit tobacco trade in the country. Independent research suggests that illicit cigarette sales constituted a staggering 54% of the total market in 2021. Illicit cigarettes are relatively cheap because they bypass taxes. This makes cigarettes more affordable, which increases smoking rates.

The tobacco industry has worked tirelessly in South Africa, and across the globe, to convince policy makers that increases in the tobacco taxes cause increases in illicit trade. This argument is self-serving and has no credible research backing.

In fact, South Africa’s own tobacco taxation record shows that excise taxes can be increased aggressively, without exacerbating the illicit market. When it comes to tobacco use, the country has dual but unrelated problems. The first is the government’s inadequate excise tax increases on tobacco. The second is the thriving illicit tobacco market. To address these, the government must increase tobacco taxes faster to reduce their affordability, and improve enforcement to reduce the presence of illicit tobacco products in the market.

Between 1994 and 2009, inflation-adjusted cigarette excise taxes in South Africa increased five-fold. This resulted in a near-tripling of real cigarette retail prices.

These price increases and other factors, including the introduction of tobacco control legislation, saw a decrease in South Africa’s smoking prevalence from approximately a third of the population to less than a fifth between 1994 and 2012.

Peer-reviewed research examining trends in illicit trade in South Africa between 2002 and 2017 finds no evidence that the illicit market grew when cigarette excise taxes were growing rapidly in the 1990s and early 2000s. Instead, the research shows that the illicit cigarette trade only became a significant problem in South Africa from 2009 onwards. The illicit market grew from less than 5% in 2009 to around 17% in 2014 – and then increased to more than 30% in 2017.

During this period, the real (inflation-adjusted) excise tax on cigarettes remained largely unchanged. This fact dispels the tobacco industry’s arguments about the link between tobacco taxes and illicit trade in South Africa.

The rapid growth in illicit trade between 2009 and 2017 can be attributed to the erosion of the revenue services’ investigative capacity. Between 2014 and 2018 it disbanded specialised units that had been established to investigate the tobacco industry.

Under new leadership, in early 2019, the revenue service set up an Illicit Economy Unit. In the 2019/2020 fiscal year cigarette tax revenue and the number of cigarettes on which excise tax was levied increased.

Unfortunately, the 20-week ban on tobacco sales, imposed by the government in 2020, undid this progress. Research suggests that the ban entrenched the illicit market by creating a situation where manufacturers and traders operated in an exclusively illicit market for an extended period of time. During the sales ban, most cigarettes were sold through informal retail outlets.

Because it leads to lower tobacco prices, illicit trade directly increases tobacco consumption. It also undermines non-tax policies to reduce tobacco use. Cabinet has recently approved the Tobacco Products and Electronic Delivery Systems Control Bill of 2018. Among other things, the bill seeks to introduce plain packaging and graphic health warnings for all tobacco and nicotine products. These policies have been proven effective in decreasing smoking initiation and encouraging quitting.

But their effectiveness will be significantly undermined if cheap, illicit cigarettes are widely available.

Illicit trade concerns criminals and money. It can only be addressed through effective enforcement mechanisms which include, amongst other things, measures to secure the tobacco supply chain. The South African government has not ratified the Protocol to Eliminate Illicit Trade in Tobacco Products, despite multiple requests by civil society organisations to do so.

Should South Africa ratify the Protocol, the country will commit itself to implement measures that have been proven to reduce the illicit trade in cigarettes. Measures include the adoption of track and trace technology that is independent of the tobacco industry, and licensing of agents in the tobacco supply chain, amongst other things.

Illicit trade also significantly reduces government revenue. The tobacco sales ban provided an extreme example of how dramatic these revenue losses can be. During the 20-week sales ban, government lost approximately R6 billion in excise duties on cigarette sales alone. Most, if not all, tobacco companies continued to produce and sell cigarettes during the sales ban. No excise taxes were paid on these sales.

Recent media reports have documented the revenue services’ investigation into Gold Leaf Tobacco Corporation. This action is a good first step in addressing tax evasion by cigarette manufacturers as it is likely to incentivise tax compliance among other tobacco companies.

However, given the scale of South Africa’s illicit trade problem, more needs to be done. It is of the utmost importance that government ratifies the Protocol to Eliminate Illicit Trade in Tobacco Products and implements its provisions. At the same time, it is imperative that the Treasury substantially increases the tobacco excise tax each year to discourage tobacco use in South Africa.

The Treasury should implement a strategy in which they increase the tobacco excise tax by a pre-announced percentage (for example 10% above the inflation rate) on a multi-year basis.

It has been demonstrated in countries such as Australia and the Philippines that such a multi-year tobacco taxation strategy reduces the affordability of tobacco products over time. This has improved public health outcomes, and raised government revenues.

It would also align South Africa’s tobacco taxation strategy with the recommendations of the World Health Organization Framework Convention on Tobacco Control, an international treaty that requires ratifying countries to implement policies to reduce the demand and supply of tobacco products. South Africa ratified the treaty in 2005. But is yet to implement the treaty’s recommendations on best-practice tobacco taxation policy. Until it does, government will continue to miss out on the opportunity to raise much-needed additional revenue, and save lives.

This article is republished from The Conversation under a Creative Commons license. Read the original article.

Jihadists and bandits are cooperating. Why this is bad news for Nigeria
Next Article 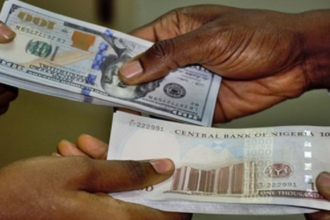