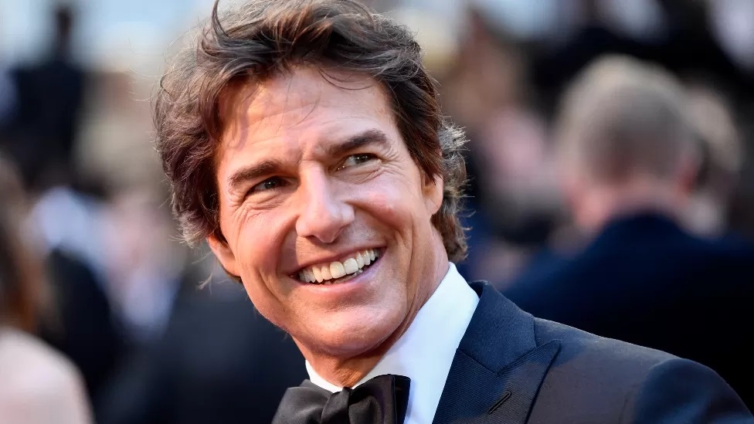 Nominations for the 2023 Oscars will be announced later, and it is likely that several Academy records will be broken.

More sequels than ever could be nominated for best picture, thanks to new iterations of Top Gun, Avatar and Black Panther, among others.

There is expected to be a particularly strong showing for Irish films and actors, while Marvel could secure its first-ever acting nomination.

READ: The ‘Girls Trip’ Cast To Reunite For A Sequel Taking Place In Ghana

Jimmy Kimmel will host this year’s ceremony, held on 12 March.

Given their success at precursor events, Everything Everywhere All At Once and The Banshees of Inisherin will likely feature heavily when the nominations are unveiled from 13:30 GMT on Tuesday.

The 2023 shortlist could see the largest number of sequels ever nominated for best picture in a single year.

The contenders include Top Gun: Maverick, Avatar: The Way of Water, Black Panther: Wakanda Forever and possibly even Glass Onion: A Knives Out Mystery. That’s a lot of colons.

Only two of those would have to be nominated to break the record for most sequels in a single year. However, that’s partly because the best picture category is bigger than it used to be – with 10 slots available.

Just eight sequels have been nominated for best picture before, and no two in a single year. Those which have previously made the cut include follow-ups to the Godfather and Lord of the Rings, as well as Toy Story 3 and Mad Max: Fury Road.

A best supporting actress nomination for Angela Bassett‘s performance in Wakanda Forever would mark the first ever acting nod for a Marvel film.

The first Black Panther movie was nominated for best picture in 2019, and actors from the Marvel Cinematic Universe have been shortlisted for their performances in other films – but not for those in the superhero franchise.

In total, Marvel films have previously scored 19 nominations – but may of these were in technical categories. For example, the original Black Panther won best costume design, production design and original score.

There could be a particularly strong showing for Irish actors this year. The Banshees of Inisherin alone could produce four acting nominees: Colin Farrell, Brendan Gleeson, Barry Keoghan and Kerry Condon.

The film follows two friends on an island off the west coast of Ireland who fall out, and has performed well at precursor ceremonies.

Other Irish actors who could be nominated include Paul Mescal for Aftersun and Jessie Buckley for Women Talking.

And there could be a nomination in the best international film category for The Quiet Girl – an excellent film about a shy young girl who goes to stay with her distant relatives for the summer.

There could be a few Brits in contention for the acting prizes too. Bill Nighy is expected to be nominated for his widely-praised performance in Living, which sees him play an ageing civil servant who decides to change his lifestyle after receiving a terminal diagnosis.

Other British actors thought to be in the running include Eddie Redmayne, for his portrayal of serial killer Charles Cullen in The Good Nurse.

Olivia Colman‘s performance in Empire of Light as a cinema worker who suffers from mental health issues could also be recognised, but her nomination is not a dead-cert.

Other possible but less likely British nominations include Ben Whishaw for Women Talking and Emma Thompson for Good Luck To You, Leo Grande.

All Quiet On The Western Front dominated the Bafta nominations last week, and the World War One epic should enjoy a similarly strong showing at the Oscars.

The inventive multiverse adventure Everything Everywhere All At Once could be recognised both for best picture and for its stars Michelle Yeoh and Ke Huy Quan.

Meanwhile, the acting frontrunners include Brendan Fraser, who place a morbidly obese professor in The Whale, Austin Butler, who portrayed Elvis Presley in Baz Luhrmann’s recent biopic and Cate Blanchett, who plays a disgraced orchestra conductor in Tár.

There has been much debate in awards circles this year over Michelle Williams’ potential nomination for Steven Spielberg’s autobiographical drama The Fabelmans.

She plays the protagonist’s mother in the drama, but despite not being the main character, Williams decided to submit herself in the leading actress category rather than supporting, with the support of the film studio.

This led to a debate in Hollywood about whether mothering roles are traditionally overlooked for leading categories, despite such characters often having a large amount of screen time.

However, Oscar rules state the Academy can nominate any actor in whichever category they see fit. So if enough members decide Williams’ character was a supporting role, she could show up there anyway despite her own efforts to upgrade

The best original song category is often starrier than the acting categories, thanks to the large number of pop stars who still record tracks for movie soundtracks.

The most likely nominee here is Rihanna, for Wake Me Up from Wakanda Forever. Lady Gaga may also be nominated for Hold My Hand, which plays over the credits of Top Gun: Maverick.

A nomination for Taylor Swift‘s terrific Carolina is uncertain but it could be a good way for the Academy to recognise Where The Crawdads Sing – which was successful at the box office but is not predicted to show up in other categories.

But the category won’t be as starry as it might have been – because the song Billie Eilish and her brother Finneas O’Connell contributed to the Turning Red soundtrack was not even longlisted.

All of the nominees for best director are likely to be male this year. They could include Steven Spielberg (The Fabelmans), Todd Field (Tár), Martin McDonagh (The Banshees of Inisherin), Baz Luhrmann (Elvis), and Joseph Kosinski (Top Gun: Maverick).

There may also be a nomination for male duo Daniel Kwan and Daniel Scheinert – known jointly as Daniels – for Everything Everywhere All At Once.

That could mean female directors such as Charlotte Wells (Aftersun), Sarah Polley (Women Talking) and Gina Prince-Bythewood (The Woman King) are shut out.

However, the Oscars has been doing much better on this front recently. The two most recent winners of the category were women – Chloé Zhao won for Nomadland in 2021, and Jane Campion for The Power of the Dog in 2022.

Elsewhere, a little-known film which reportedly only made $27,000 (£21,800) at the box office has made a very late break for it in the best actress race.

British star Andrea Riseborough could spring a surprise nod after several Hollywood A-listers, including Courteney Cox, Susan Sarandon, Charlize Theron, and Gwyneth Paltrow got behind the film and championed her performance.

Many tweeted their love for the movie, while others hosted their own screenings or gave the film a shout-out at other ceremonies, all in an effort to try and get the movie on the Academy’s radar.

Riseborough is brilliant in To Leslie, which follows an alcoholic mother who wins the lottery but squanders the money, but her awards momentum has only materialised in the last fortnight.

The film premiered last March at South By Southwest – which, unlike Toronto, Venice or Cannes, is not one of the film festivals considered a key part of the awards race. Riseborough’s nomination would be a surprise – but also make the race much more exciting. 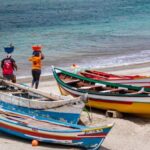 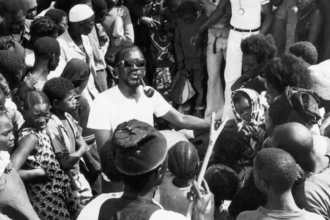 FEATURE: Ousmane Sembène at 100: a tribute to Senegal’s ‘father of African cinema’