A high court in the northern Nigerian city of Kano has sentenced a primary school owner and his friend to death by hanging for the kidnapping and subsequent killing of a five-year-old pupil.

Abdulmalik Tanko and his friend Hashimu Isiyaku were found guilty on Thursday.

A woman, said to be Mr Tanko’s ex-girlfriend, has been sentenced to two years in prison for complicity in the kidnapping.

The convicts had pleaded guilty and asked for leniency during the passing of the sentence.

Death penalties are rarely carried out in Nigeria and those convicted tend to stay in prison indefinitely.

The two men abducted the girl in December 2021 and her body was discovered in January this year.

The kidnapping of Hanifa Abubakar sparked outrage across Nigeria.

He was arrested by the police and he then led detectives to a location where they had buried the girl’s body.

In recent years, Nigeria has been grappling with a widespread kidnapping crisis.

But the kidnapping of students have usually been carried out by armed groups.

Nearly 1,500 students had been abducted by gangs since December 2020. Most of the victims have been released reportedly after ransom payments. 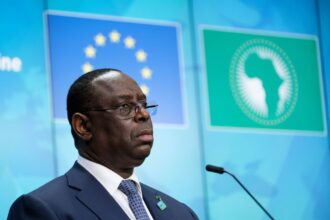 Zimbabwean priest who raped women, tied them to trees to die gets Double Life Sentence

Africa must speak with one voice at COP27