Getty ImagesCopyright: Getty Images A border fence in Melilla forms part of the of the Morocco - Spain boundary
SHARE

Social media video from Spain appears to show a novel method of transport for African migrants trying to enter the European Union.

On Thursday evening, a paraglider drifted over the border fence that separates Morocco from the Spanish territory of Melilla.

Spanish police have not caught or identified the illegal entrant.

Security forces in Spain’s enclaves in North Africa have frequently had to deter large groups of migrants trying to climb over fences, swim onto beaches or walk round at low-tide. 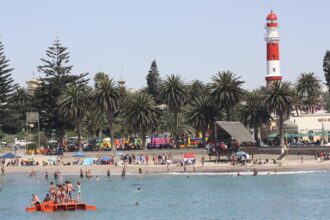