Kenya last executed a prisoner in 1987 but continues to hand down the death sentence. Getty Images
SHARE

Kenya’s last execution of a prisoner was in 1987. But the country still hosts a death row population of nearly 600. Almost all were sentenced to death for murder or robbery with violence. New sentences are handed down every year.

Kenya is an “abolitionist de facto” state: the death penalty is still present in law and people are sentenced to death, but they aren’t executed. Currently, 17 of the African Union’s 54 member states are abolitionist de facto – they haven’t carried out an execution of a prisoner for at least 10 years. Just 11 are fully retentionist, meaning that they sentence people to death and have carried out executions.

Advocates for the death penalty will often argue that it deters potential offenders from committing serious crime – even when a country has not executed anyone for years.

But our recent research, Living with a Death Sentence in Kenya: Prisoners’ Experiences of Crime, Punishment and Death Row, suggests this isn’t true.

We spoke to 671 inmates who had been sentenced to death in Kenya. Just over a quarter had had their sentences commuted to life. Most said they had no idea that their crimes might attract a death sentence.

Our findings support research done in other countries: that the threat of being sentenced to death appears to have little bearing on how people behave. They also support the argument that abolishing the death penalty wouldn’t lead to a spike in violent crime in Kenya.

According to deterrence theorists, potential offenders will be deterred by the death penalty because they make rational choices about whether to offend. They use knowledge about the relevant laws and punishments, and then weigh up the costs and benefits of offending. They will be deterred if they think it’s likely they will be caught and convicted, and that the possible punishment outweighs the rewards.

Our study found that in most cases, these preconditions for being deterred from committing capital crimes were not met.

The research
We studied the experiences of prisoners serving death sentences in Kenya. The work was done through the Death Penalty Project, working with Oxford University’s Death Penalty Research Unit. Our colleagues at the Kenya National Commission on Human Rights carried out interviews with 671 prisoners (33 were women) sentenced to death for murder (44% of the total) and robbery with violence (56%).

Most of the prisoners were poorly educated. Participants mainly used local languages. They might not have been able to understand information distributed in Kenya’s national languages: English and Swahili. This may explain why most didn’t know that the death penalty was the likely punishment for their offence. Our study found that just 1% of our sample said they knew the death penalty was a punishment available for their offence in law.

The study also challenged the claim that offenders make rational choices about whether to offend, at least in cases of homicide. For example, the most common reasons given by participants for committing murder were anger (27%), provocation (23%), self-defence (17%) and extreme emotional situations (13%).

Less than a third of participants said knowledge of the law and possible punishments had affected their behaviour at all. Overall, few prisoners who committed crimes that resulted in a sentence of death had, at the time of the offence, considered this potential outcome.

Shifts across Africa
In 2022, three sub-Saharan countries abolished the death penalty: the Central African Republic in June, Equatorial Guinea in September and Zambia in December.

In Zambia in 2016, Cornelius Mweetwa – a former lawyer and police officer who is now minister for the country’s Southern Province – argued that deterrence did not “work”.

He noted three assumptions that deterrence theorists use: that people know the penalties for crimes; that they can control their actions; and that people make decisions to commit a crime based on logic not passion.

However, the three assumptions usually are not true. Therefore … people still commit these crimes.

Mweetwa made another argument that also came through in our research. That the harsh, socially deprived death row regime, coupled with condemned prisoners’ “constant awareness of their impending execution” meant they were being subjected to cruel and inhuman punishment as defined by the UN Convention Against Torture.

While there may be some differences between Zambia and Kenya, most countries in the region will have similar levels of relative deprivation, both material and educational. Therefore, the rationales applied in Zambia leading to abolition would equally apply to Kenya.

Next steps
Kenya has been equivocal on its position on the death penalty. While various attempts have been made to move towards abolition, and mass commutations have taken hundreds of prisoners off death row, the country continues to sentence people to death.

Our report reflects on the histories, decision-making and prison experiences of those subject to the death penalty in Kenya. It provides an opportunity to better understand the lives fractured by this system. 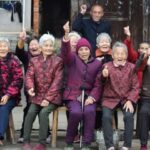 Why China’s shrinking population is a big deal
Next Article 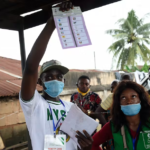