DR. Cassiel Ato Forson, the National Democratic Congress MP for Ajumako-Enyan-Essiam, has replaced Haruna Iddrisu as the Minority Leader in Parliament, an official statement from the NDC has said.

No official reason was given for dropping the MP for Tamale South as the leader of the sole opposition party in the legislative chamber.

A statement issued by the NDC on Tuesday 24 January 2023, said the MP for Ellembelle, Emmanuel Armah Kofi Buah, will now act as the deputy Minority leader.

Governs Kwame Agbodza has been appointed as the Minority Whip, with Ahmed Ibrahim and Comfort Doyo Ghansah designated as the first and second deputy whips. 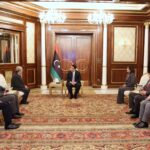 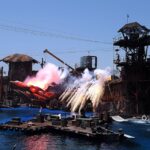